CNI Board of Directors 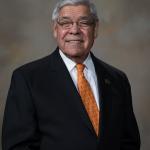 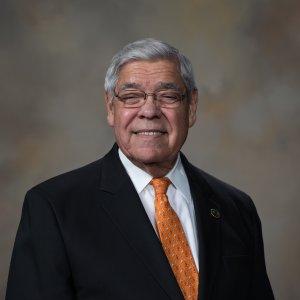 Mr. McCaleb has served on the CNI Board of Directors since March of 2003 and as its Chairman since March of 2007. Mr. McCaleb was named Chickasaw Ambassador at Large in early 2013 and was inducted into the Oklahoma Hall of Fame in 2014. Prior to this he was appointed by President George W. Bush as Assistant Secretary of the Interior for Indian Affairs. His public service includes ten years as Secretary of Transportation for the State of Oklahoma and eight years in the State House of Representatives.

Mr. McCaleb is a 1957 graduate of Oklahoma State University with a Bachelor of Science degree in Civil Engineering. He was in private practice as an engineering consultant and real estate developer for 26 years. He continues his service to the Chickasaw Nation and the State being actively involved in economic development and transportation issues. 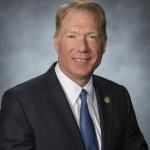 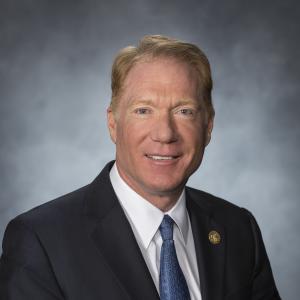 Prior to his current role, Mr. Lance served as Administrator of the Chickasaw Nation Health System, where he oversaw the historic construction of the 370,000 square foot Chickasaw Nation Medical Center located in Ada, Oklahoma. Mr. Lance received a Master’s of Public Health degree from the University of Oklahoma, College of Public Health; a Bachelor’s of Science degree from East Central University (ECU) and most recently became a Fellow of the American College of Healthcare Executives (FACHE). 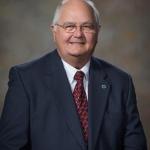 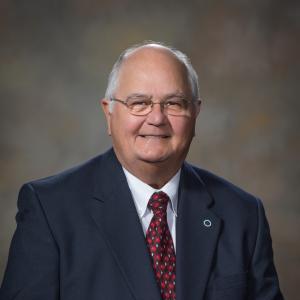 Appointed to the Board of Directors for Chickasaw Nation Industries, Inc. (CNI) in 1998 by Governor Bill Anoatubby, Mr. Mitchell has been serving CNI since it was created through a majority vote of the Chickasaw People in 1996.

Mr. Mitchell was born in Ada, Oklahoma where he attended McLish High School and then graduated from East Central University in 1968 with a Bachelor of Science Degree; he was the first one in his family to graduate from college - with the help of a four year scholarship through the State of Oklahoma’s Indian Education Program with the approval of Governor Overton James of the Chickasaw Nation. He married Donna Kaye Frye in 1968, and had two sons, Mike and Jay, both of whom are executive employees of the Chickasaw Nation.

Mr. Mitchell began working for the U.S. Department of Labor in 1969 in Region VI, Dallas, Texas. He served as a Federal Representative to State Employment Security Agencies, Chief of Claim Services for the Office of Federal Employee Workers Compensation, Administrative Officer for the Employment Standards Administration, and as a Federal Investigator for Wage and Hour Administration. Mr. Mitchell retired in 2003 on his family’s farm near Fittstown, Oklahoma. He also served in the Oklahoma National Guard from 1968 to 2001, retiring as an E-8, Master Sergeant. 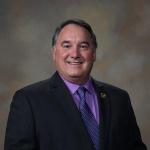 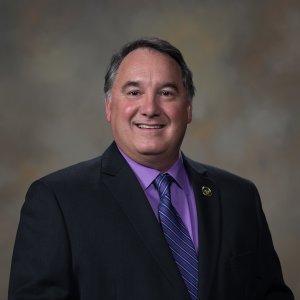 Mr. Woods has served on the CNI Board of Directors since 2004. Mr. Woods also serves as the Chairperson of the Chickasaw Nation Legislature where he has been a Legislator for the Tishomingo District since 2002. Before being elected Chairperson of the Legislature, he served as Chairman of the Legislative Committee and Election Rules and Regulations Ad Hoc Committee along with being a member of the Finance, Land, and Health Committees. Prior to his election to the Legislature, he served as an elected Supreme Court Justice for the Chickasaw Nation from 1991 to 2002. He has been appointed by successive Governors of Oklahoma to the Oklahoma Radiation Management Advisory Council, serving consecutive three-year terms since 1993, and still serves as the elected vice-chairman of the Council.Mr. Woods is a senior radiation safety officer with Halliburton Energy Services in Duncan, OK. He previously held positions with Westinghouse Electric Corporation at Energy Services in Duncan, OK, at the Nuclear Power Naval Training Center in South Carolina, and at the Naval Reactors Facility in Idaho. Mr. Woods holds a Bachelor of Science degree in Chemical Engineering from the University of Oklahoma. 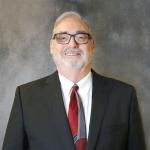 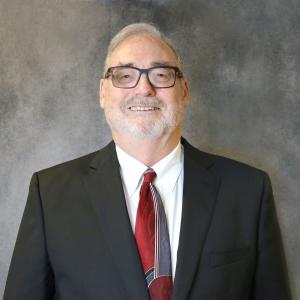 Mr. Burch, a member of the Chickasaw Nation, formed his consulting company Leading Edge Consultancy, LLC after his retirement from the Department of Interior, Office of the Special Trustee for American Indians (OST) on December 31, 2017. At OST he served as a Regional Fiduciary Trust Administrator and as a member of the Federal Government Senior Executive Service. Before joining OST in 2004, Mr. Burch worked as the Middle East Region Head and Practice Lead for Trust Services for the Lobue Group, an international consulting firm. Prior to his work with the Lobue Group, he worked 26 years as an executive in the trust banking field with the First National Bank and Trust Company of Oklahoma City, Northern Trust Company of Arizona, Liberty National Bank and Trust Company and Bank One.

Mr. Burch joined the CNI Board of Directors in January 2019, having previously served as a founding member of the Board of Directors of Bank2, a United States community bank headquartered in Oklahoma and wholly owned by the Chickasaw Nation. He is licensed to practice law in Oklahoma and the United States District Courts for the Western and Northern Districts of Oklahoma. He is also a licensed Oklahoma Real Estate Proprietary Broker. Mr. Burch was an adjunct professor at the university level for 20 years.

A native of Oklahoma, he graduated from the University of Central Oklahoma with a Bachelor’s Degree in Business Administration. He also holds a Juris Doctor Degree from the Oklahoma City University School of Law. 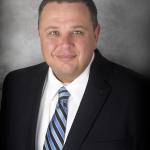 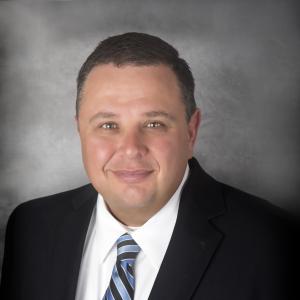 Aaron Duck is a proud member of the Chickasaw Nation. Aaron graduated from Sulphur High School, Sulphur, Oklahoma, in 1992. After high school, he attended East Central University in Ada, Oklahoma, graduating in 1996 with a Bachelor of Science degree in Legal Studies. He then attended law school at the University of Oklahoma. While in law school, he was a member of the Native American Law Students Association, Assistant Managing Editor of the Oklahoma Law Review and had an article published in the Oklahoma Law Review, and was also on the Dean's Honor Roll each semester. He graduated with a Juris Doctorate from the University of Oklahoma in December 1998.  After graduating law school, he was a partner in the Colbert & Duck Law Office, P.C., in Sulphur, Oklahoma for twelve years. Aaron also served as District Judge for the Chickasaw Nation from January of 2004 through the end of 2011. 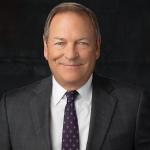 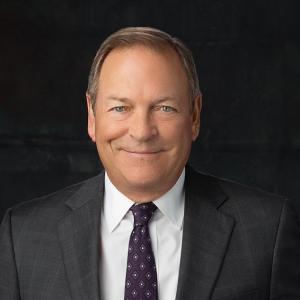 As CNI’s President and CEO, Mr. Nimmo brings 23 years of Chickasaw Nation experience to the CNI family. He began with the Chickasaw Nation as General Counsel and business advisor to the tribe and soon became Chief General Counsel of CNI. Mr. Nimmo has also served as Chief Operating Officer and Chief of Staff. He brings a calm and steady leadership style to each role making his involvement beneficial throughout CNI’s history. Mr. Nimmo is driven by the opportunity to support the Chickasaw Nation and is guided by the values of integrity, respect, service, commitment to success, empowerment of people, and teamwork. He earned a Bachelor of Arts in Political Science and Juris Doctor degrees at the University of Oklahoma. 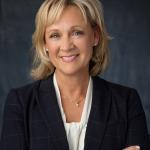 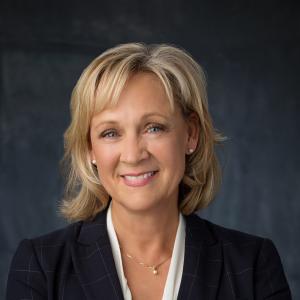 Since joining CNI, Ms. Sutton has held multiple leadership positions, including: Accounting Manager, Vice President of Finance, and Chief Financial Officer. Ms. Sutton is currently the Chief Administration Officer, and is responsible for the oversight and management of CNI's administration operations. Ms. Sutton is an active member of the American Management Association and the Society for Human Resource Management. She earned a Bachelor’s degree in Business Administration from East Central University. 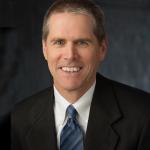 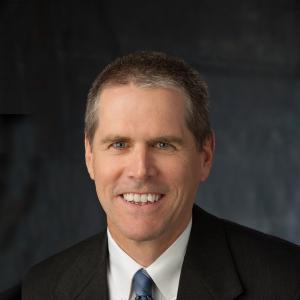 Mr. Leydorf is an experienced executive who has successfully led diverse teams for the federal government and private companies. As Chief Strategy Officer, he is responsible for overall corporate strategy, mergers and acquisitions, and CNI’s market intelligence team. Previously, he served for 15 years in the U.S. intelligence community and later as the executive director and research director of a private research institution. Mr. Leydorf graduated from the University of California at Berkeley with a Bachelor of Arts degree in economics and political science. He also holds Masters of Arts degrees in theology and international relations and is all-but-dissertation (ABD) toward a PhD in world affairs. 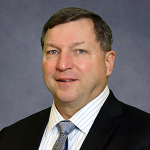 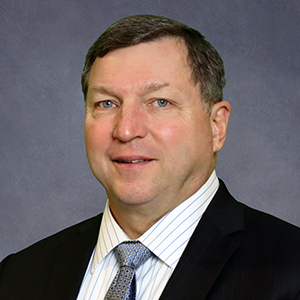 Mark Johnson has over 32 years of experience working in the U.S Air Force, specializing in organizational management, process improvement, logistics and manufacturing. Over the last 15 years of his Air Force career, he served at the executive level in various leadership positions of increasing responsibility and scope. Mr. Johnson joined CNI in 2019 as Chief of Operational Oversight, before moving into the newly formed role of Chief Growth Officer. He is currently responsible for both internal and external responsibilities to develop and grow business and increase organizational effectiveness, as well as increase CNI brand awareness to new and existing customers. 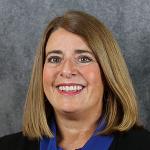 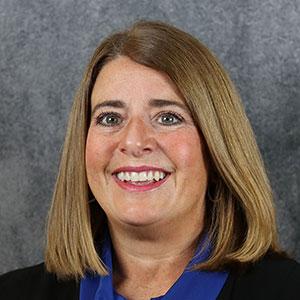 Ms. Griffith is a proud graduate of Oklahoma State University with a Bachelor degree in Business Administration, majoring in Accounting with a minor in Management Science and Information Systems and a CPA.  She started her career as an auditor at Deloitte & Touche in Oklahoma City.  Before joining CNI in 2007 as the Director of Financial Reporting, she was the Controller for the Oklahoma City Community Foundation for over a decade. 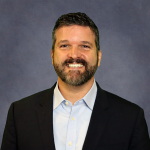 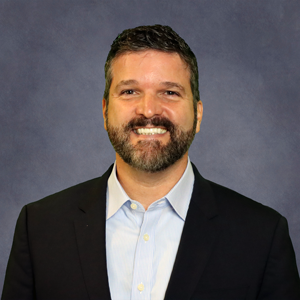 As a leader in both industry and Federal Government, Mr. Marques has more than 20 years of experience in the areas of corporate administration, business development, and program and project management. He currently leads CNI’s Federal Services Division. Previously, Mr. Marques was a co-founder of a successful small business, A+ Government Solutions, which he led into a wholly-owned subsidiary of CNI. Mr. Marques also served as an IT Project Manager in the Office of the Secretary at the U.S. Department of Health and Human Services (HHS) for five years. 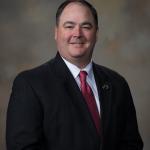 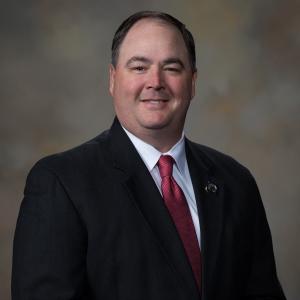 Mr. Mitchell has 22 years of experience and expertise with CNI and currently serves as the Chief Operations Officer for CNI’s Commercial Division. He inspires the development of relationships with employees, customers, teaming partners, and stakeholders to ensure growth and overall company success. Mr. Mitchell is a graduate of East Central University, Ada, OK, and is a proud member of the Chickasaw Nation. He serves as a member of the Board of Directors of Leadership Oklahoma, American Red Cross OK & TX Region, Armed Forces Communication and Engineering Association OK Chapter (AFCEA), Gatesway Foundation of Tulsa, Oklahoma Manufacturing Alliance, and Allied Arts of OKC. 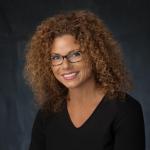 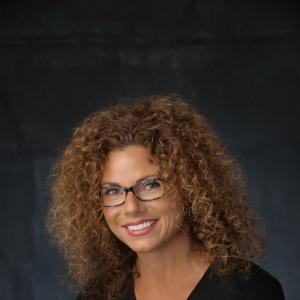 Ms. Mott has been with CNI for over 12 years and currently serves as Chief Culture Officer. She is responsible for overseeing company culture in several capacities including employee engagement, training, recognition, communications, marketing, facilities, diversity, and the investment in our employees’ experience at CNI. In addition to her role as Chief Culture Officer, she is also the Executive Assistant to the CEO, supporting business requests. Ms. Mott received a degree in Organizational Leadership from the University of Oklahoma in 2019.